Lorien Gamaroff – BlockChain Technology, a well-known thought leader and speaker in the South African blockchain community, will be the Master of Ceremonies at the 4th annual Blockchain Africa Conference. The conference is hosted by Bitcoin Events Pty Ltd and takes place in Johannesburg on 8-9 March 2018.

As South Africa’s foremost blockchain expert, Lorien Gamaroff has been invited to speak all over the world on cryptocurrencies and distributed ledgers, and their benefits for emerging economies.

He has addressed the IMF, World Bank, FBI, Commonwealth Secretariat, South African Reserve Bank, and a host of banking professionals and attorney generals. Now available to book through Conference Speakers 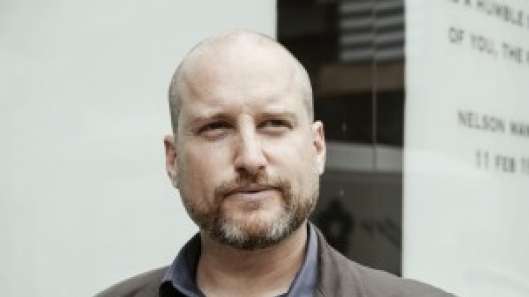 “Interest in cryptocurrencies and blockchain technology has been growing rapidly in the last few years. This is especially true in emerging economies such as those in Africa, Asia and South America. The potential for these technologies to create new opportunities and solve the problems of legacy institutions is seemingly boundless. Multiple incumbents are threatened with disintermediation if the promises touted by pundits, specifically within but by no means limited to the financial services industry and central banking itself, hold true.

With all this unbridled optimism it is important to understand these innovations and to what purpose they may serve.

The annual South African Blockchain Conference serves an important role in highlighting those companies and thought leaders that have demonstrated success in delivering progressive solutions in this space.

It brings together many of the minds that are at the forefront of these vital technologies and that form a pillar of the 4th Industrial Revolution. It is unmissable for those who want to be prepared and benefit from it.” – Lorien Gamaroff

Lorien Gamaroff pioneered blockchain payments for utility smart metering and was the co-founder of the Blockchain Academy which educates professionals on all aspects of blockchains from regulations to software development. Follow Lorien on Twitter

The blockchain unlocks new opportunities in Africa, and offers advancements and innovation in various fields. Just this month, Pick ‘n Pay, one of SA’s largest retailers, successfully conducted a bitcoin payment trial at its head office’s canteen store in Cape Town. Furthermore, South Africa’s largest financial institutions have set up the South African Blockchain Financial Consortium, with the South African Reserve Bank (SARB) and Financial Services Board (FSB) participating in observer roles. This is a positive step towards promoting this technology to institutions – from government to financial and non-financial industries. It potentially reduces the existing lag between innovation and regulation.

The 40-year-old entrepreneur has made a name for himself in the blockchain space. Lorien Gamaroff founded his consultancy, Bankymoon, in January 2015. Since then, he’s been involved in plenty of blockchain proof of concepts for financial services companies, most of which he can’t talk about as the IP is protected. Lorien Gamaroff also attended a lot of conferences and spoken to a wide range of organisations, such as the IMF, the World Bank, the FBI and the South African Reserve Bank, among others.

In part, Lorien Gamaroff success is due to explaining the mind-bending concepts of blockchain and bitcoin to a varied audience, including CEOs, developers, regulators and ordinary people, in a way that everyone can understand. Teaching also runs in his family; his father was a lecturer.

“Mostly, it’s been about educating, and there’s been a lot of fiddling; I think most of the proof of concept projects that are currently underway will not be successful. Blockchain is by definition a decentralising technology and consortium, or it’s private. Blockchain solutions are attempting to provide business cases where there are none.”

Over the last two years, Lorien Gamaroff been distilling his thinking around blockchain, and how it can ‘fix the world and make things better’.

“This has been very hard to find. If you go and speak privately to people in banks who are proving their blockchain proof of concepts, they’re all cynical and will tell you things are not turning out the way they expected it to, based on all the hype.”

And that’s why he’s so fixated on bitcoin, he tells Brainstorm, because “if there’s one thing that isn’t a mystery, it’s bitcoin. It works as advertised. There is a need for it around the world and it solves real problems. It’s not like we need to spend six months to see if it can add value somewhere. We know it can. I’m not saying blockchain isn’t going to turn out to be something great. But bitcoin is in our faces.”